This hammam or Arab baths in the old neighbourhood of La Marzuela in Baza (Granada) dates fom the 13th century Almohad period and are one of  the most complete examples of its kind in Spain. They were rediscovered in the late 19th century by the historian Manuel Gómez Moreno.

In 2008 the baths were refurbished and restored by architect Francisco Ibañez on request of the Andalusian Government.

The newly restored brick constructions, vaults and star shaped skylights of this emblematic building were plastered with a lime putty mortar, mixed on site, using local sands. This was finished with a four layer system waterproof plaster in a customized beige colour.

The skylights that were missing were rebuilt with a restoration plaster and formwork. The scattered mosaic floors of small stones, bricks and pebbles was also carefully restored.

This project won the 2009 Prize for interventions in Spanish architectural heritage, organised by the Higher Council of Architects’ Association (CSCAE). 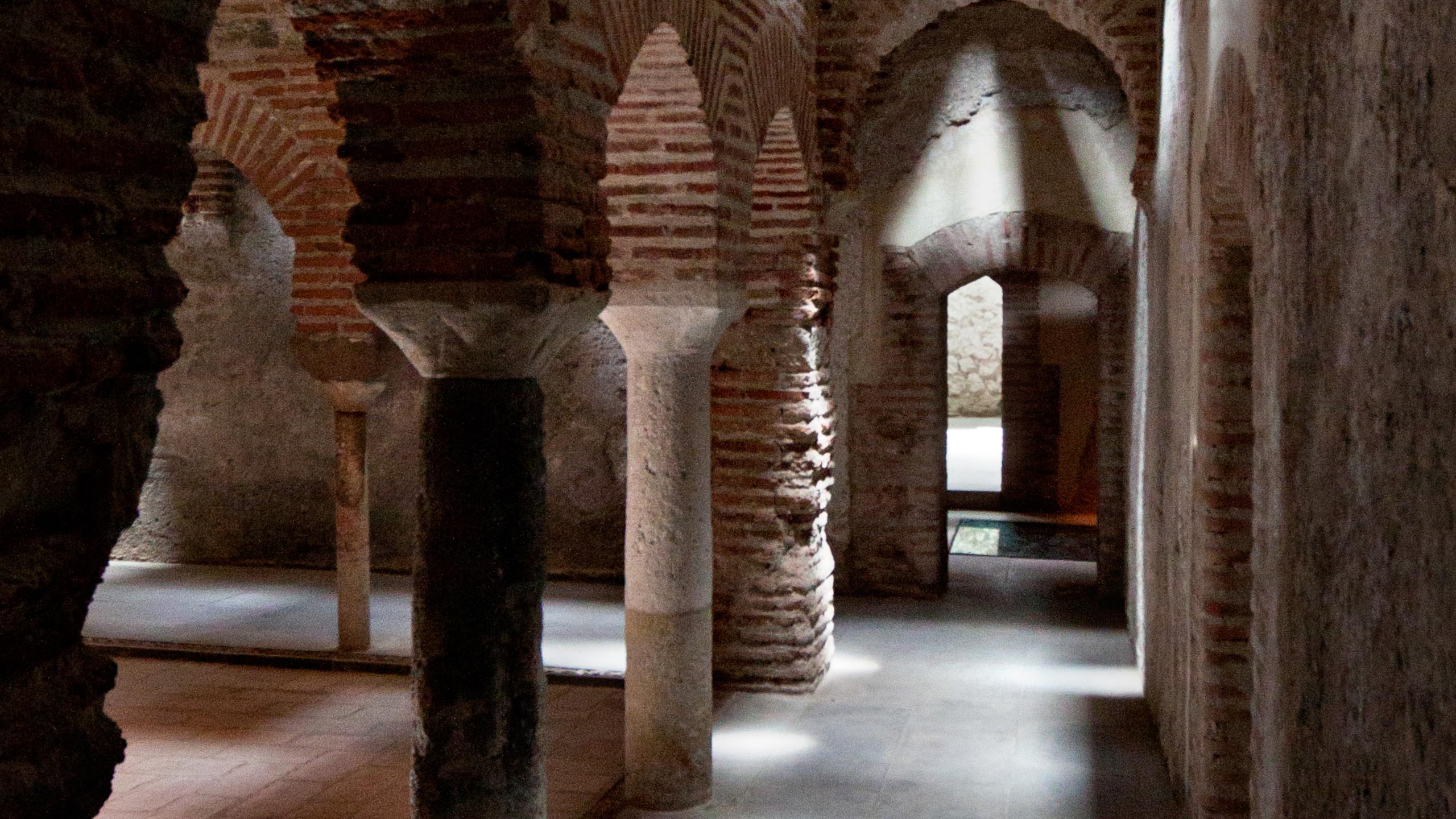 Warm room - Arches, pillars and vaults of the Al-bayt al-wastani or warm room 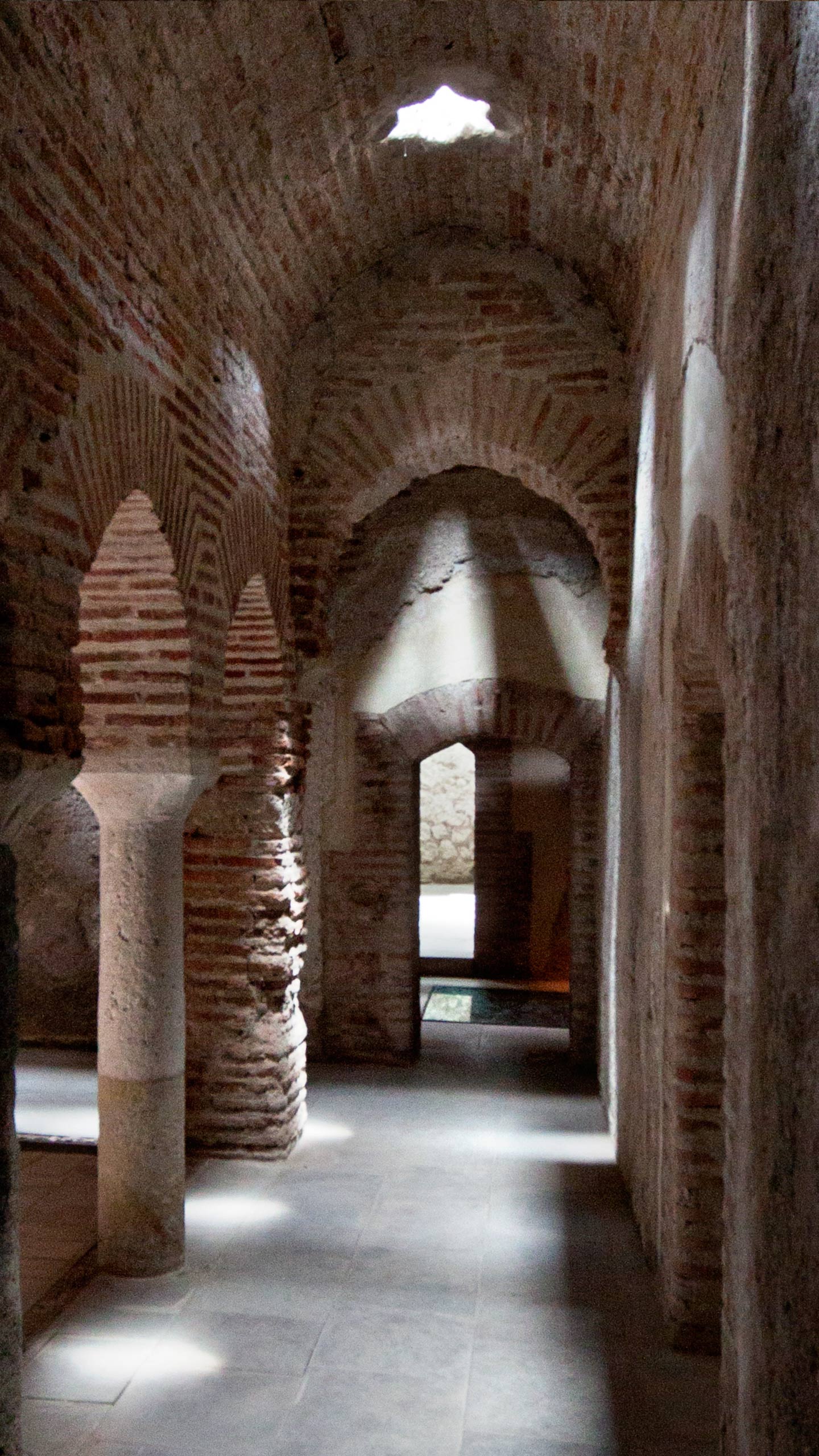 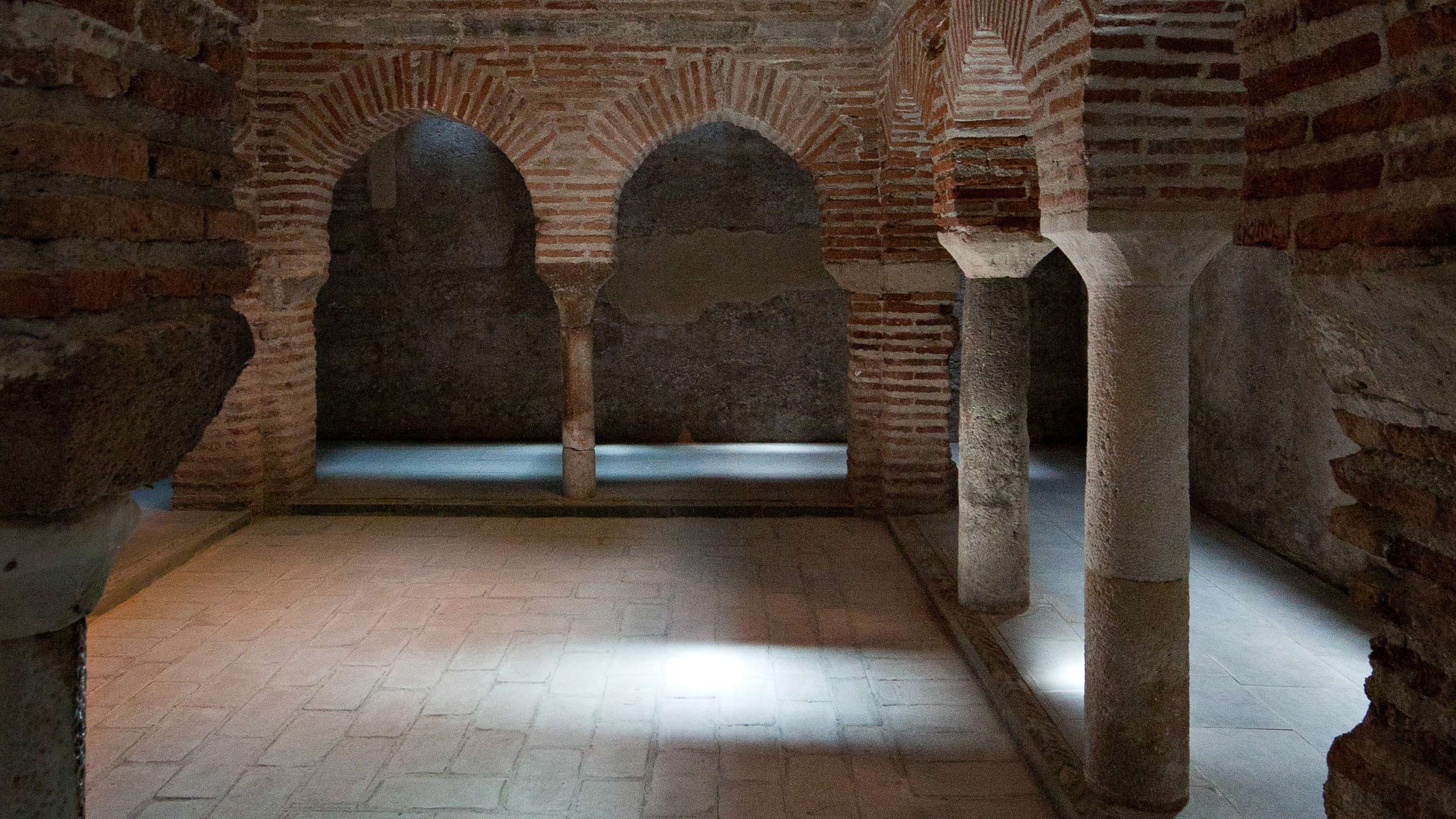 Warm room, exterior - Work in progress on the exterior of the vault

We are experienced with large scale restoration projects and have successfully completed large interventions in famous human heritage buildings.

We only use materials of the highest quality that are perfectly compatible and respectful to the original materials used in the historical building in terms of adherence, breathability and elasticity.

We use cookies, just to track visits to our website, we store no personal details. Read more